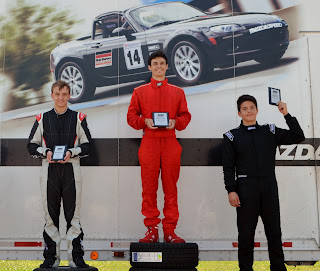 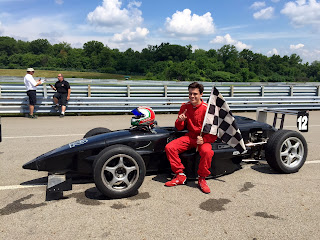 Stamford, CT- National race winner Tazio Torregiani is once again entered to race in Las Vegas, on November 18-22 2015, in the SKUSA Supernationals, the largest and most popular kart race in North America. This time Torregiani will drive in the ultra-competitive Tag Senior class, with the best drivers in the sport. For a second year, Tazio will use the spotlight of this prestigious race with international recognition to raise awareness towards safe teen driving. Torregiani endorses the “5 to Drive” campaign, to encourage other teen drivers to always set the rules before they hit the road.
Did you know that motor vehicle crashes are still the leading cause of death for U.S. teens? The “5 to Drive” campaign was launched during Teen Driver Safety Week in 2013, and it addresses the five most dangerous and deadly behaviors for teen drivers.
The “5 to Drive” rules for teen drivers are:

1. No Phones.
2. No Alcohol.
3. No Speeding.
4. No extra passengers.
5. Buckle Up.
“When I race, I know how important it is to keep both eyes on the track and concentrate on what’s ahead. On the street we are surrounded with dangerous obstacles and distractions, so it’s very important for us teens to understand how dangerous driving can be. In the blink of an eye we could lose everything! We are hoping that the ‘5 to Drive’ campaign will get the attention of many teen drivers and passengers alike, and reduce the fatal crashes” commented Tazio, who now holds a driver’s license.
The Stamford High School junior has been racing karts since he was six years old, from Las Vegas to Daytona, and from Portugal to Bahrain. Growing up, Tazio accumulated many victories at the club, regional and National level. He is also a Skip Barber Racing School graduate in a formula 2000 race car.
To support Tazio follow him on https://www.facebook.com/TazioRacingcom-248819618492981/
NHTSA’s website www.safercar.gov/parents/teendriving has detailed information and statistics about the five rules designed to help save the lives of teen drivers.
CONTACT: ptorregiani@newcountry.com, www.TazioRacing.com
###
Posted by Patrizio at 5:00 PM No comments: 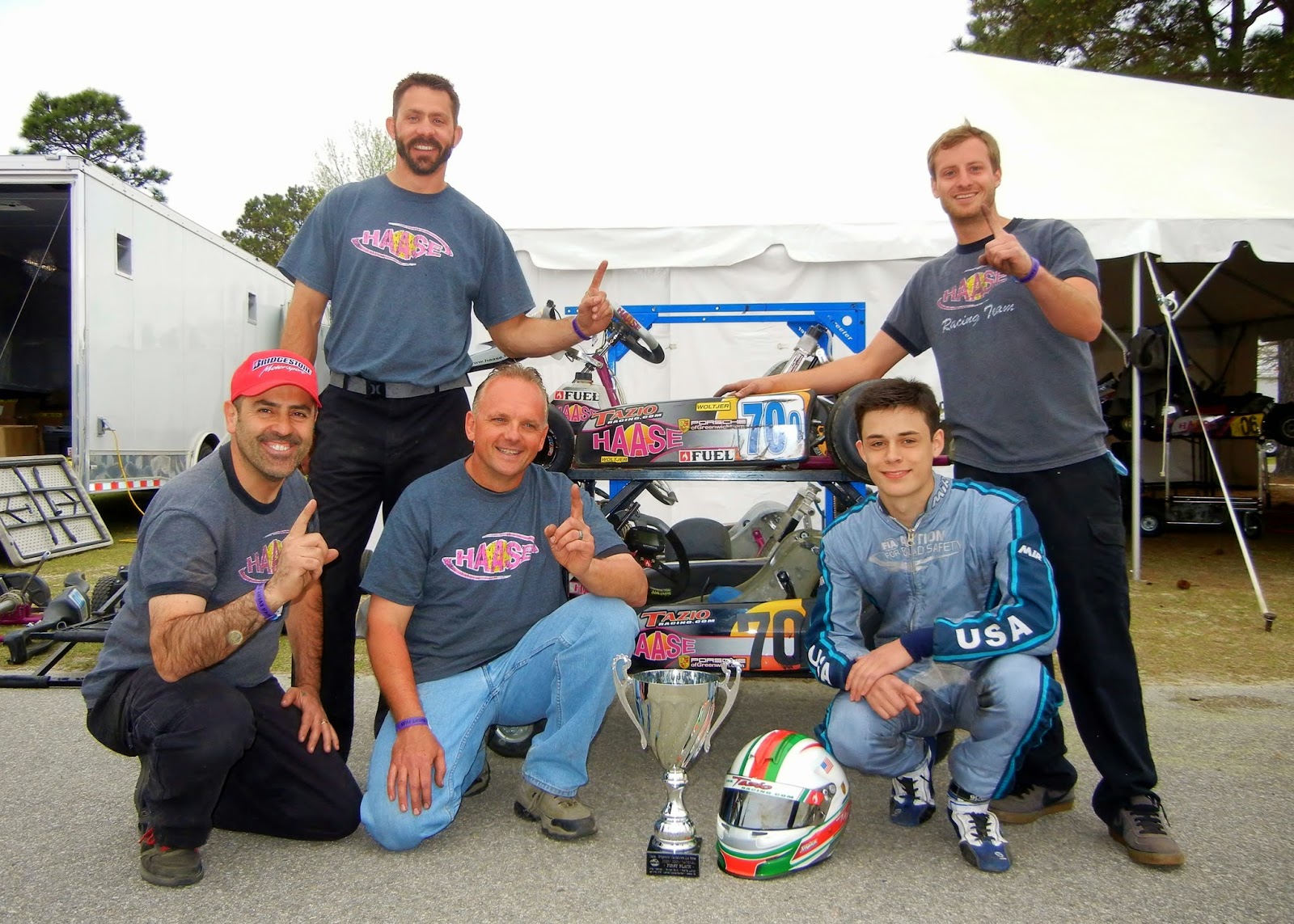 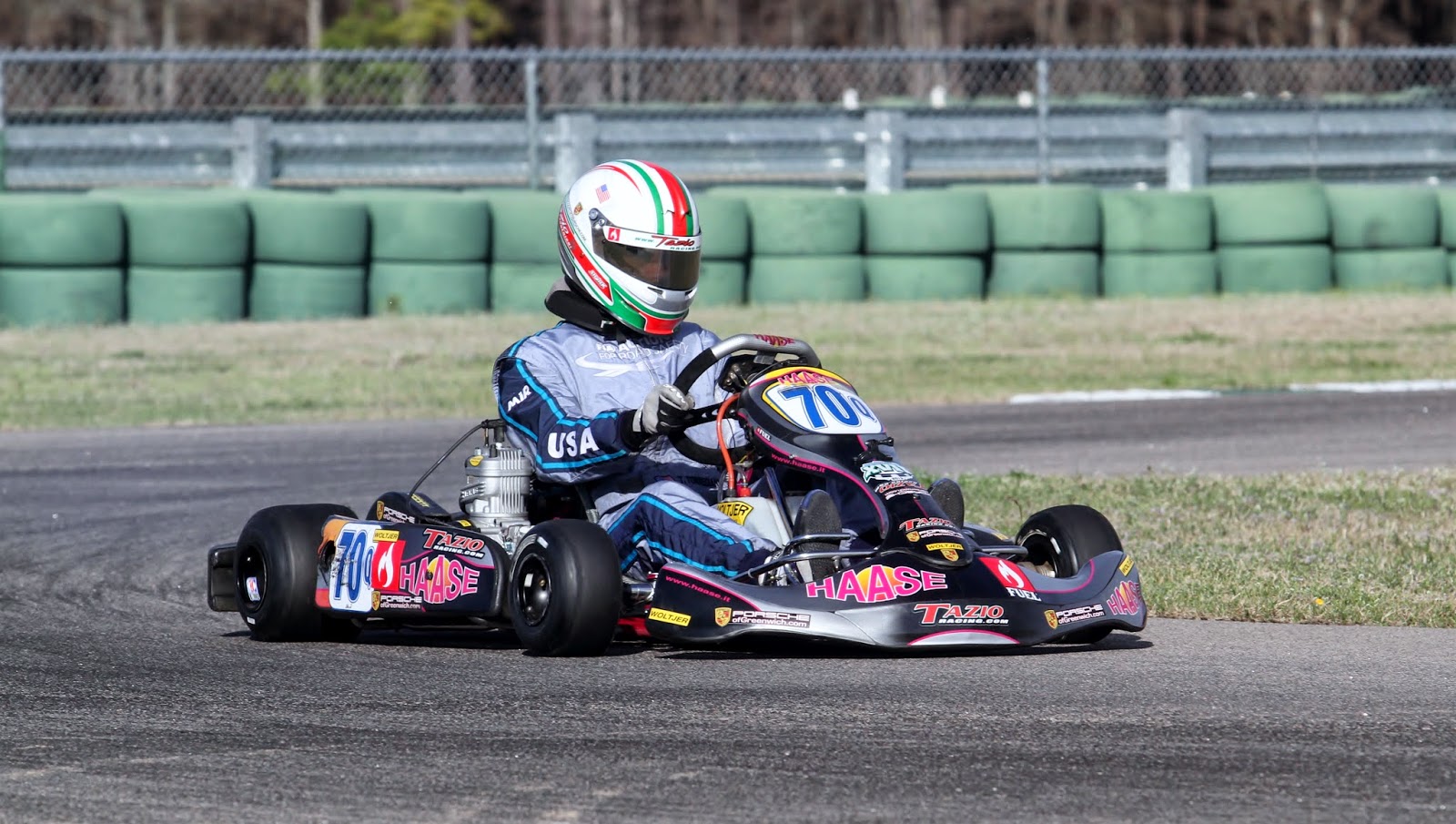 Check out Tazio on It's Relevant TV: 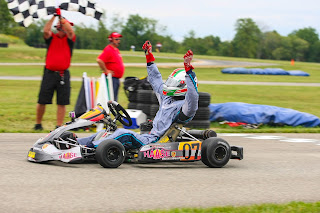 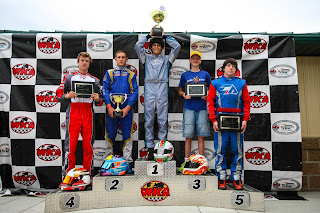 “Highlight of the race was me retaking the lead over the last Top Kart. A race I’ll remember forever. I would like to thank my parents and brother, Mike Doty Racing, Woltjer Racing Engines, WKA, and my competitors for the exciting racing” Said Torregiani after the race.
Tazio’s next big race will be in France, on September 22, as the only American driver in the International CIK FIA Academy Trophy, where Tazio will continue to race with some of the best drivers in the sport.
You can follow Tazio Torregiani on facebook, youtube, and www.TazioRacing.com.
Tazio Racing is brought to you by www.PorscheofGreenwich.com, official website of New Country Porsche of Greenwich.
Posted by Patrizio at 9:43 PM 1 comment: