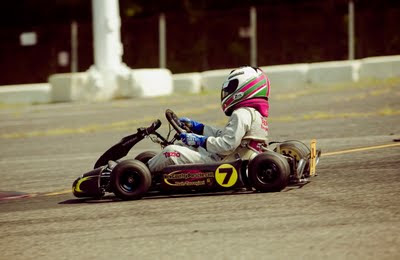 Last Sunday August 23rd 2009, We had our best Heat race this year. The kart was working really well, and Tazio ran one of his best races yet. He was the one to beat. From fourth he managed to come forward and catch the very fast and National #80. Although it was not a feature race, it was one of Tazio's great wins. Get on Board with Tazio and go for a ride as he pushes his kart on the edge.

Click here and HANG ON
Posted by Patrizio at 11:54 PM No comments:

The Professional Photography of Joao Carlos 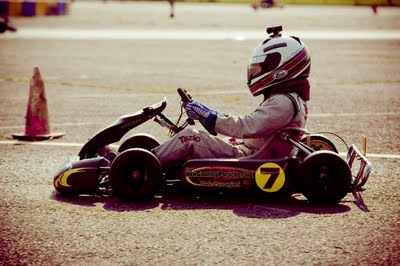 The quality of his work is second to none.
His ability of catching Tazio at speed is remarkable. It requires experience and patience.
On Sunday August 16th Joao was on track at one of our club races with his camera gear.
His beautiful girlfriend Carly was also on location. Not only is she a model and a make up artist, she is a wonderful photographer as well.
Joao is also one of our team sponsors and his MilkManSudio.com logo is on the helmet and on the race kart.
If you ever need professional photos look no further. 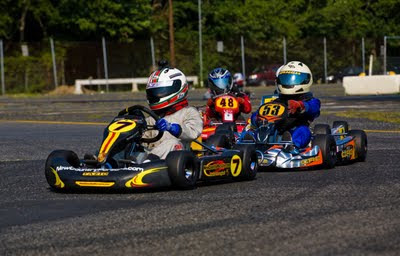 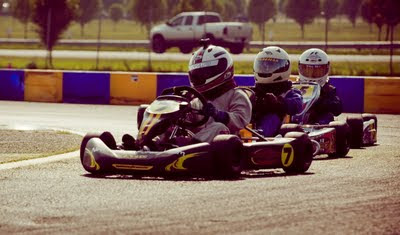 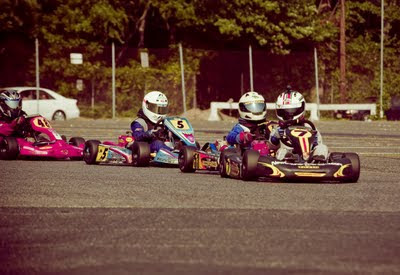 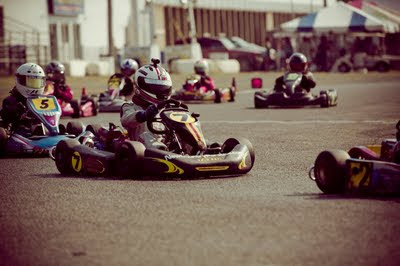 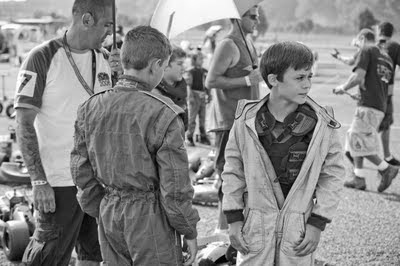 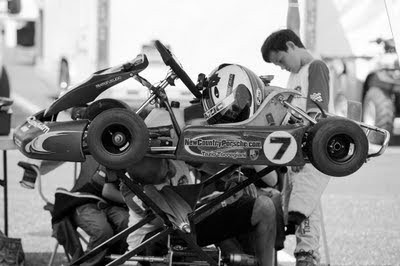 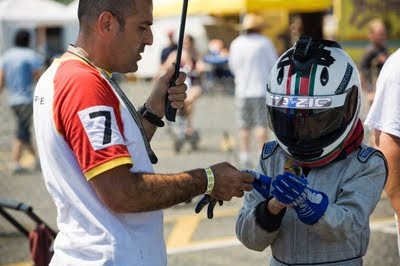 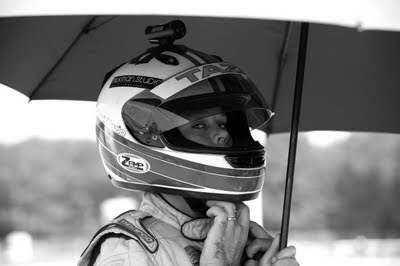 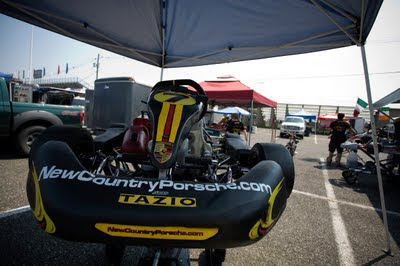 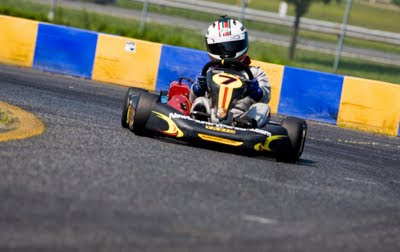 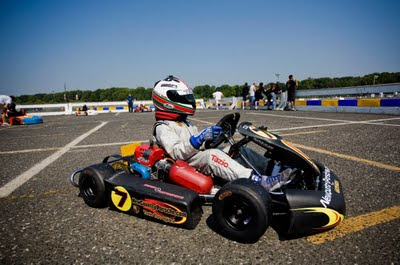 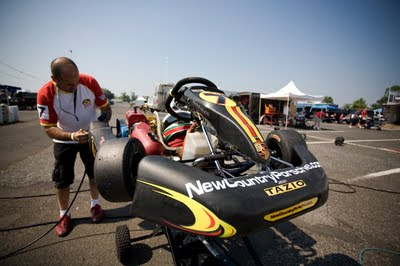 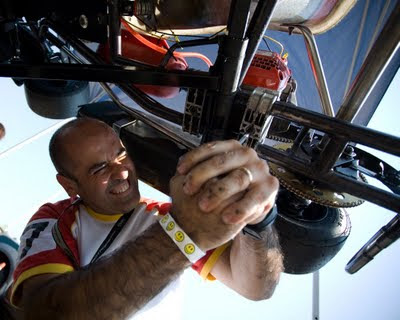 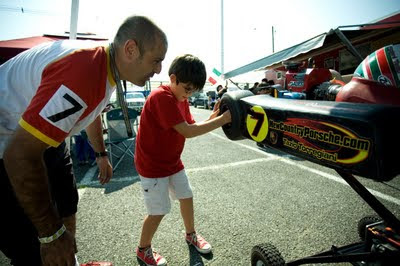 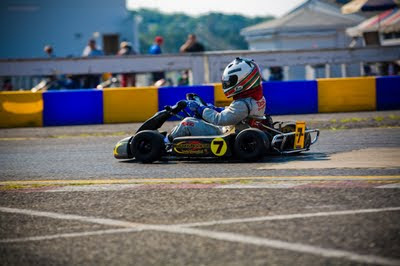 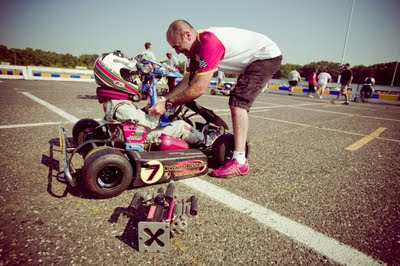 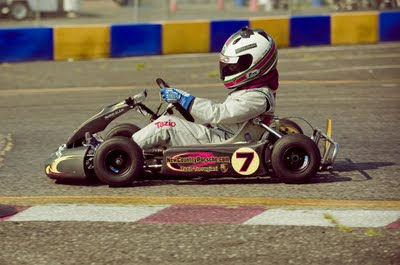 Our official website address has been updated from tazioracing.blogspot.com.
It is now www.TazioTorregiani.com.
Our new domain name will make it easier for us to share our website with everyone while creating a brand at the same time.
We appreciate the support of anyone that visits and shares our site.
Posted by Patrizio at 8:24 AM No comments:

Our Latest Newspaper Article now also on the Web

Our wonderful latest newspaper article now is also available on the web for anyone to see anytime on the archives of the Greenwich Citizen.
You can click this link to view it:
www.greenwichcitizen.com/sports/ci_12741757
A big thank you to Rob Kelly and the Greenwich Citizen for an outstanding job. 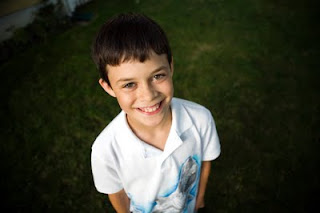 This past weekend of August 7th-9th 09 was our third WKA Regional Race weekend in Englishtown NJ. Cadet Class.
We arrived Friday afternoon with the whole team for practice.
Thanks to Tazio's marvelous driving and feedback Dario and I were able to figure out the right set up and choose which carburetor was best.
Saturday was a beautiful hot day.
In Tazio's first feature 14 lap race his kart got better mid race. While in 5th position he closed in on the three karts on front of him as they were trying to lap a slower driver. He saw a gap of opportunity as they were all approaching the pits turn and went for it.
They were four abreast trying to line up for the left turn in with Tazio in the middle and he got hit hard on the right rear wheel which blew out his entire rim valve stem giving him an instant flat tire and a retirement instead of the second place he was hoping for. Racing accident.

On Sunday morning the rain came. Which meant we had to start from scratch with a wet setup. You should have seen how fast Dario was changing the tires.
Eventually it dried up.
During one of the qualifying heat races there was another accident. As Tazio was diving into the light pole right hander with Ryan Raffa (CKI National Winner) on the outside, another kart on the inside that refused to give up the just lost position stayed on the gas and hit Tazio on the right side pushing him into the side of the other kart, unfortunately Raffa got the worst, his kart went airborne several feet off the ground landing hard on his front tires. He got out of his kart right away but was in pain. He had to spend some time in the ambulance for check up. He was fine. Our kart sustained damage in the front steering increasing our work in the pits. This resulted in a sixth starting position for the second and last feature regional race.
This time nothing went wrong and Tazio was very fast from the dropping of the green flag. He passed for fifth, than after a couple of attempts passed for fourth, and on the white flag which marks the final lap, he set his kart glued to the kart on front him going into the final straight catching the slipstream and passing for third. My friend Chris Buccieri who came to see the race was screaming so loud cheering for Tazio's name on the grandstand that everybody around us started cheering as he made each pass. The look on Tazio's face as he was removing his gloves was priceless. It was a job well done for the whole team including Mamma who's lunch was delicious. I couldn't have tune the kart this good without Dario's hard work and help.
We came home with more brass for our trophy collection.
This Sunday we race again in our Racewaypark Club series.

Posted by Patrizio at 6:37 PM No comments: