Tazio to Start his 2011 Season with his 2nd Daytona Kartweek 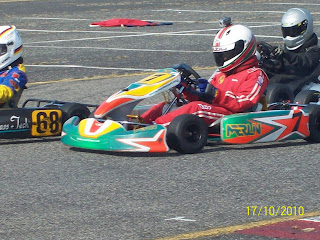 After his first year of National competition, Tazio is ready to return to the famous Daytona Kartweek on 12/28/10, for one of the biggest National Kart Race in the country. What makes it big is not just the venue, but also the competitors who are the best drivers in North America.
Daytona is where, every year, The motor racing starts in the US. First with the WKA National Kart season, and than with the 24 Hours of Daytona, followed by the Daytona 500.
Race driver Tazio Torregiani just turned 12, on the 13th of  December. He looks forward returning to the Florida track, where last year his overall pace was very competitive.
In 2010 Tazio competed in just his Cadet kart, Winning races in the Divisional New Jersey Sprint Series, and consistently finishing on the podium in Regional and club competition. 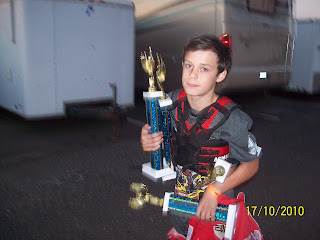 The highlight of his 2010 season was qualifying second on the front row in his last 2010 National WKA Man Cup race in September at NJ Motorsports Park, and posting the overall fastest lap of the weekend in cadet class.
Torregiani is hoping to continue with his fast pace going to Daytona and into the 2011 year.
For the new season Tazio will race in three classes using two different chassis':  Cadet and Yamaha Sportsman. Both are Merlin karts, which Tazio finds himself very comfortable in.
The TazioTorregiani.com Racing Team will like to thank his Sponsors and supporters www.NewCountryPorsche.com, www.Bodicures.com, www.VincentGarage.com and www.JoaoCarlosPhoto.com.
For more info, you can contact the team at patrizio@newcountry.com or 203 561 2759.
Posted by Patrizio at 1:49 AM No comments: